The ADA is a civil rights law… 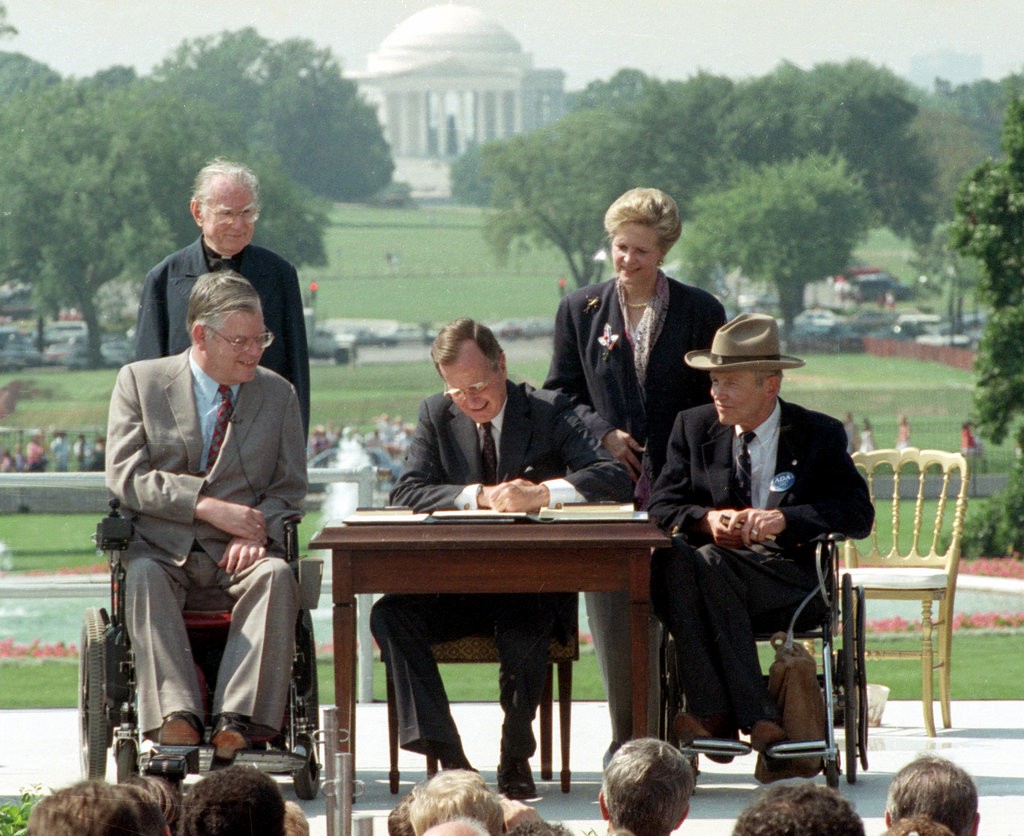 The ADA is a civil rights law that was enacted to protect the rights of people living with disabilities in the United States. It also grants equal access in all spheres of society to the disabled population as set forth in five titles.

The five titles are as follows:

President George Herbert Walker Bush signed the Americans with Disabilities Act, more readily known as the ADA, into law on July 26, 1990. In his inspirational speech at the signing ceremony, he stated:

“Together, we must remove the physical barriers we have created and the social barriers that we have accepted. For ours will never be a truly prosperous nation  until all within it prosper. With today’s signing of the landmark Americans with Disabilities Act, every man, woman, and child with a disability can now pass through once-closed doors into a bright new era of equality, independence, and freedom.”