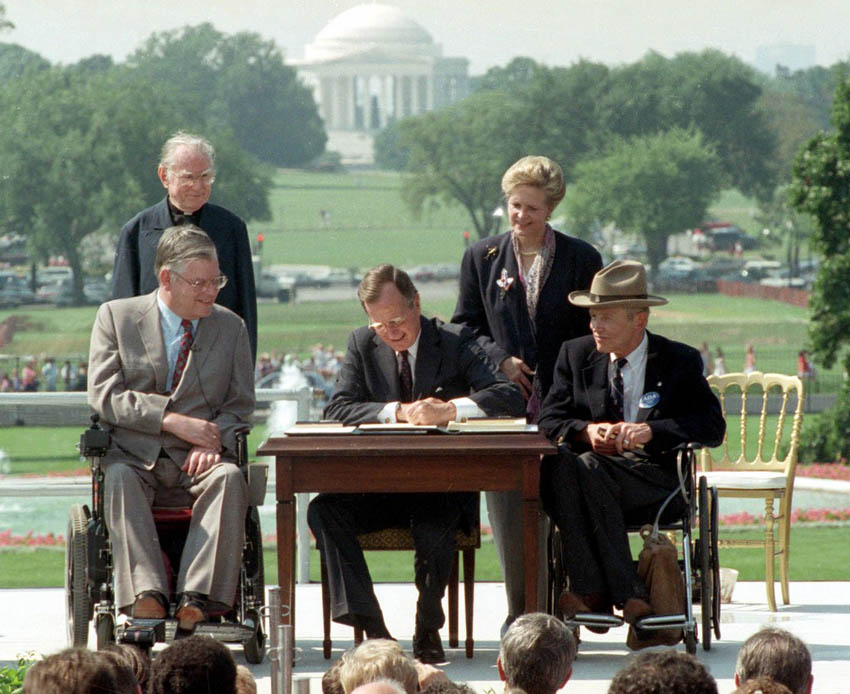 Friday, July 26th, marks the 29th anniversary of the signing of the Americans with Disabilities Act (ADA) by President George Herbert Walker Bush. Back then, in 1990, there were forty three million Americans with disabilities when the ADA was signed into law. Today, there are over sixty million Americans living with disabilities in the U.S. Nearly 1 in every 5 Americans is guaranteed protection with this landmark civil rights act. To celebrate equality for all, we encourage you to watch the short 20 minute plus ceremony on an archived C-SPAN recording or read from the President’s speech transcribed below.

Watch the Video | Read the Transcript